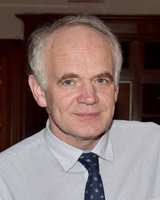 Denis Murphy (Donncha OMurchu) Denis Murphy, a son of Ireland and of the Arts, died on March 25, 2020; or, “shortly after the Ides,” as he might have put it. An English teacher for much of his life, Denis Murphy was born in County Kilkenny, Ireland, to Mary and Patrick Murphy. He is survived by his mother; his wife Marta; daughter Ciara; Mrs. Murphy’s daughter, Sofia; sisters Catriona and Siobhan; brothers, Tony and Eamonn, and close cousin Shona. His father predeceased him. Denis Murphy’s siblings reside in Ireland. "Denis always arrived with a meaningful smile and with a purposeful heart intent on making a positive difference," said Elliott Silverman, who was a close friend of Denis Murphy. Denis Murphy received a bachelor’s degree from University College Dublin, and a master’s degree from St. Peter’s University, Jersey City, N.J. After teaching in Ireland, Denis Murphy came to the U.S. in the 1980s, living first in Jersey City. He was a long-time resident of Yonkers, and a founding faculty member of The High School of American Studies at Lehman College in the Bronx, one of the city’s top-ranked schools. He was also an adjunct professor for the Department of Languages and Literature at Lehman College. A teaching colleague noted: “Mr. Murphy was a private man; but in the classroom, he opened his heart to his students and they embraced it.” Those students constitute his living legacy, and evidence of their love and respect has blossomed on social media. “He had high standards for his students, but he backed those standards with his own deep knowledge,” one HSAS senior wrote. Another student, who had more than the average frustration with writing, noted: “He would sit me down and give me what I can only describe as a literary experience; showing me the ins and outs of writing, the philosophical context behind it, the minutiae and nuance, and throw me into a trance for writing.” Mr. Murphy’s talent and charm were not lost on fellow faculty members. “Denis is a man who will last in all of our memories because he always wanted us to learn to see our true selves through the mysteries and artistry of life,” said teacher Michael Holmes. HSAS Principal Alessandro Weiss noted that Mr. Murphy “expressed himself with such a unique form of ‘diagonal’ eloquence that I was never quite sure who won the point. Then, I’d see the twinkle in his eye and know I had been outfoxed.” He was a rare combination of someone who had a love of life and a firm understanding of what was important–the simplicity of living a life with those you love. Although he threw some of the most memorable parties, he would trade it all for a night in a ceili dance and singing Irish music with all his family and friends. Denis enjoyed gardening, well made mashed potatoes with a lot of Irish butter. Denis Murphy was a man of faith and a parishioner at St. Barnabas Church in the Bronx. He was altruistic, volunteering at a local soup kitchen, helping out at New York Road Runners, and enthusiastically coaching the high school soccer team. He loved his cats, Holly and Prince, and was fond of noting how those two felines made sure no one in the household was ever late for breakfast. He kept an eye on all things Irish—especially the Kilkenny hurling team—and he was known to launch into Gaelic song at times, to the delight of his students and friends. Denis has reached many people’s lives in positive ways. Denis will be dearly remembered by his friends and family as a loving, caring, kind, compassionate, and generous man. He will be dearly missed and forever in our hearts.