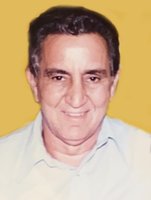 Salvatore Guadagno of the Bronx, NY passed away at night on June 8th at NYU Langone Hospital. He was born in the Bronx on September 27th, 1927 in the same house he lived in to this day. He was the son of late John Guadagno and Mary (née Santa) Guadagno. He was pre-deceased by his brothers Carl, Thomas, Frank and sisters Rose and Christine. He is survived by his sister Frances, his niece Rosemary Zeccardi Giusti her husband Elio Giusti and their daughter Jessica Giusti, along with his nephew Daniel Zeccardi who was his primary caregiver towards the later years of his life. He also survives by his niece Laura Guadagno Estremera and her husband John and their children, Virginia Guadagno Van Tassel and her husband Garfield along with their children and grandchildren, and Carole Guadagno Mergler and her husband Richard and their children. He was a Veteran of World War II as he served in the Navy. He went to work as a postal clerk until retirement. He was known affectionately by most as “Uncle Sal”. He was an active member of the Church of St. Lucy in the Bronx up until the past few years and served in the congregation. He loved gardening and was very proud of his garden where he grew delicious tomatoes and always gave them away to others. He enjoyed collecting coins in his free time and watching the Yankees. He will be deeply missed by everyone.