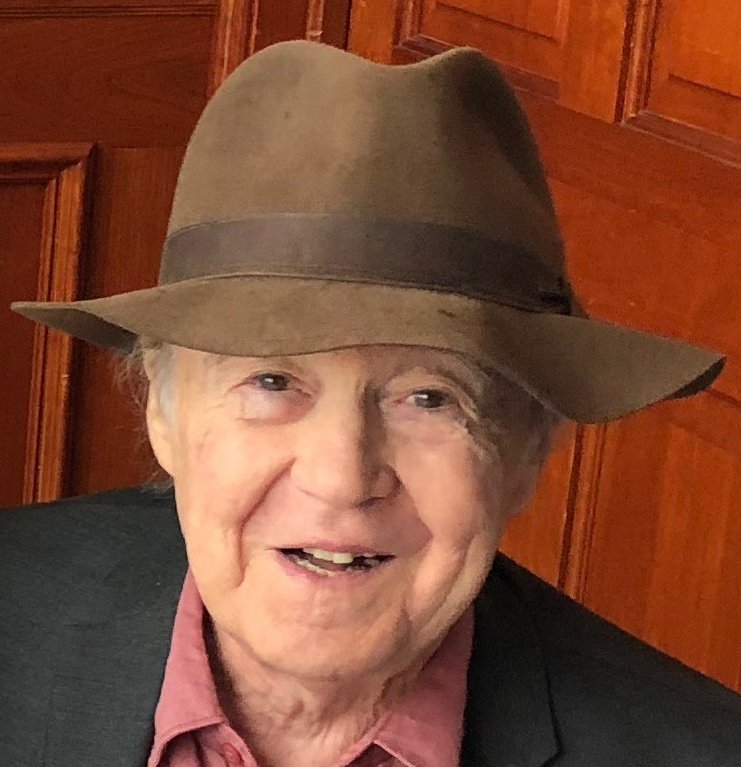 Thomas Mooney born on December 29, 1934 in Pottsville, PA, raised in Inwood, NY.   Tom was an alumni of Power Memorial and Iona, as well as a loyal and enthusiastic employee of the Department of Environment Protection for 35 years, retiring only last year.

With a flair for style, the proud New Yorker was quite literally a man of many hats, which if you asked him, prevented the pigeons from eating his hair.  At least those few wisps he carefully swept across his head. He interjected his quick wit into every conversation. Not necessarily a dominating voice and a man with a cautious step, he spoke with you most thankful for the conversation and hardly aware of the value he added.

He is predeceased by his parents, Thomas and Kathryn Mooney; son-in-law, Kevin Frawley and grandson, Jack Mooney.  He is survived by his loving sister Kathleen (Bobby) Stewart. He is survived by his best friend and wife of 52 years, Terry and his six children, Moira, Kate, Tierney, Bridget, Tim and Siobhan.  As well as their spouses Tim Hughes, Greg Tramontozzi, Michael Carey, Wendy Hudson, and Bill Reece. He was Grandpa Tom to his 17 grandchildren: Julia, Olivia, Danny and Mary Hughes; Michael, Joseph, Charlie, Will, Tim and Grace Tramontozzi; Abby, Jimmy, Mikey, and Liam Carey; Mia Mooney; Anna and Maggie Reece.

The entire family rejoices knowing that he rests in a place where he himself might finally know that he isn’t “too bad for a boy.”  Semper Fi.

Share Your Memory of
Thomas
Upload Your Memory View All Memories
Be the first to upload a memory!
Share A Memory
Plant a Tree