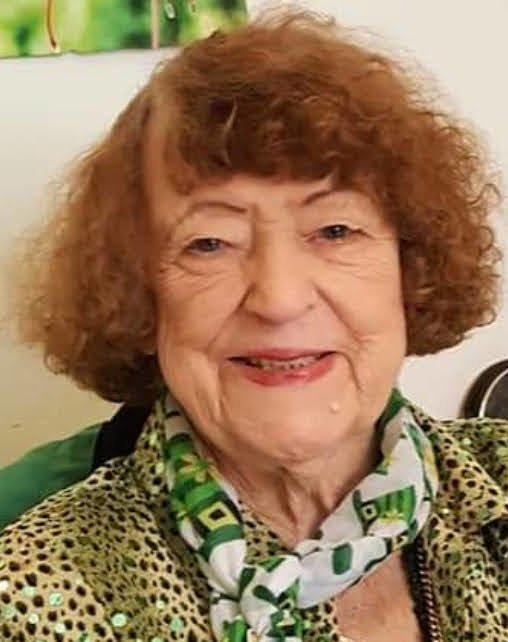 The death has occurred of Mary O'Donoghue (nee Mackessy), Woodlawn/Bronx, New York and formerly of Tarmons West, Tarbert and New York. Mary passed away peacefully surrounded by her family on July 23rd 2021. Mary was predeceased by her husband Michael O'Donoghue of Skibbereen,County Cork and her brothers Paddy, Timmy, Johnny and Joe Mackessy,and sister Helen Moriarty(nee Mackessy.)

Mary (aka Mame) was a well known and active member of the New York Irish community since her arrival from Ireland to the United States in 1949. Mary was a former President of the Ancient Order of Hibernians,Bronx Division 9 Ladies A.O.H. She was also appointed Aide to the Grand Marshall of the New York City St. Patrick's Day Parade in 1988. Mary served as a member/delegate of the NYC St. Patrick's Day Parade Committee, as well as being elected as the President of the Bronx,Bedford Park Shamrock Club. She was a woman of boundless energy and enthusiasm, actively raising money and awareness for numerous Irish and American charitable and social causes.

Mary was also a great lover of Irish music,history,and culture. She was a skilled harmonica and button accordion player. Many a dull party was brought to life by Mary's lively presence and music skills.

In addition to honoring her Irish roots,Mary was also extremely proud to be an American citizen. She volunteered and worked side by side with numerous New York political leaders throughout the decades. She could often be heard saying "Up Kerry,but God Bless America."

Share Your Memory of
Mary
Upload Your Memory View All Memories
Be the first to upload a memory!
Share A Memory
Plant a Tree