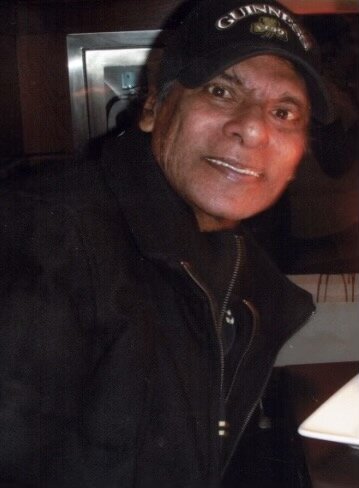 He was born on 2/24/44 to John and Sunia Jadunath in West Coast Demarara, Guyana. He worked as a tailor before moving to the United States in 1968. He held various jobs while in New York, the last one being a shipping clerk for an electric company. In 1986 he married Indra Persaud, and together they had 3 children, Jamela, Nishan and the late Ravina Persaud. He will be greatly missed by his wife, children,  two grandsons Liam and Krishton, his son in law Danny, daughter in law Sarika, and grand dogs Pebbled and Sophie.

He is also survived by his siblings-Balram, Ramesh, Deopatti, Rajmawattie, Basmatie, brother in laws, nieces and nephews.
He is predeceased by his sister Parbattie and brothers Gaindelall and Totaram.

He was a kind hearted, soft spoken, funny and easy going person. He was so loved by his family and all that knew him and he will be deeply missed. May his soul rest in eternal peace.

Committal Service will be held on Thursday, October 14, 2021 at Woodlawn Crematory, Bronx, NY

Share Your Memory of
Gobindat
Upload Your Memory View All Memories
Be the first to upload a memory!
Share A Memory
Plant a Tree