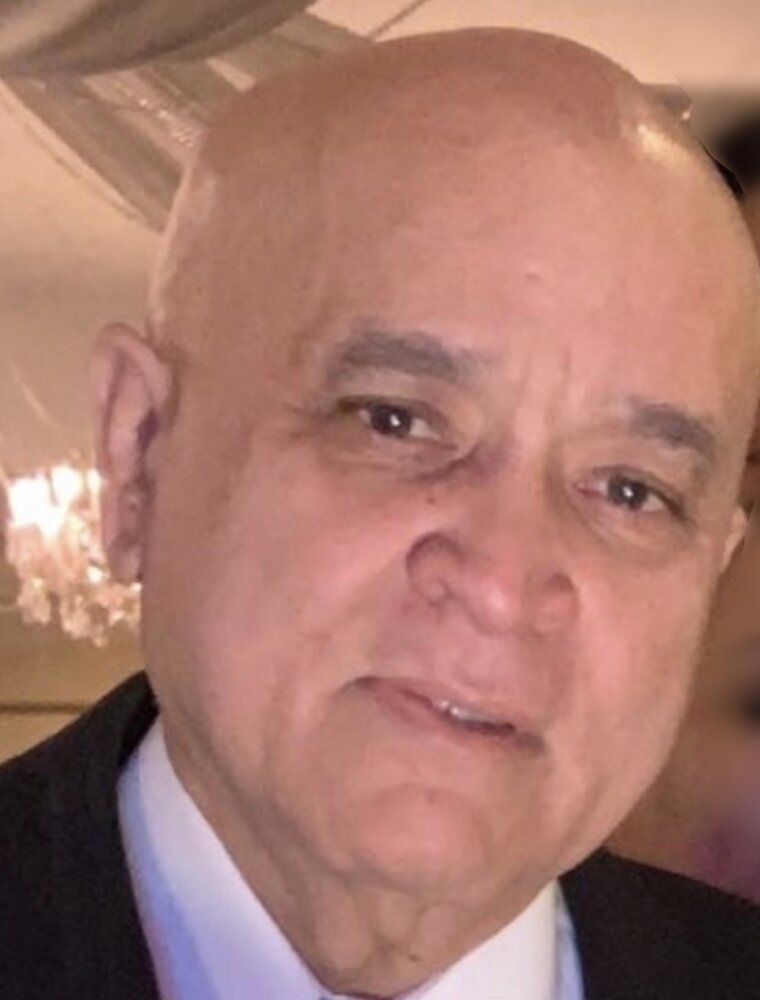 Bronx, NY - Ermie Ortiz, 69, beloved husband, father, grandfather, uncle and friend gained his
angel wings on Tuesday, November 16, 2021.
Ermie was born on August 24, 1952, in Ponce, Puerto Rico to Alejandrina Ramos Pacheco and
Angel Israel Ortiz. Having lost his mother at the tender age of eleven months, Ermie’s resilience
and tenacity was something he carried with him from a very young age. As a young boy, Ermie
would rise with the sun to go to school on foot, a two and a half hour trip, that he would make twice
per day, with his books tied in a belt and carried over his head. Facing many adversities, Ermie
understood the value of education and had a tremendous work ethic that would remain with him
throughout his lifetime. Ermie always kept his eye on his dreams to go far in life and at the age
of seventeen years young, with only one hundred dollars in his pocket, he left Puerto Rico and
moved to New York in search for a new life and better opportunities. Upon his arrival, he settled
in the Bronx where he met his first wife, Millie Hernandez. Together they welcomed into the
world their first and only son Eric. Four years later, they welcomed another blessing into their
lives, their daughter Jessica. Although Ermie and Millie’s marriage ended, their friendship and
respect for one another never did. They continued to raise their children with love, always
exemplifying the importance of family. Ermie welcomed his third child, Samantha, with his
wife, Elba Reynoso in 1987. The bond that was forged within the family dynamic was so strong
that all three children were raised together very closely, which was exactly how Ermie wanted it
to be. “I want to see everyone happy, that’s what I promote”, was in fact, one of the many things
that his family will always remember him saying.
Ermie had a loving nature about him and always encouraged and cheered on everyone to do their
best. His support and genuine excitement for others’ success reverberated through his kind spirit.
You always knew that he was present in the moment and wanted his loved ones to know just
how much he truly cared about them. Ermie lived to make others happy, to make them laugh
using catch phrases like “let’s google it” amongst many other jokes. He was many things to
many people, but his proudest accomplishment in life was his family. His seven grandchildren
were the light of his life and he gleamed with pride whenever he spoke about them. You would
often find him sporting a hat that read “Grandpa of 7”. All Ermie ever wanted was to see his
family thrive and do well. We were blessed to have him here on earth and though too short a
time, we are so very grateful to have had and felt his unconditional love for us.
Although our family will never be the same without Ermie, we vow to keep his legacy and
memory alive through his children and grandchildren who were the light of his life. With heavy
hearts, together we will go on with Ermie’s simple, yet tremendously important instructions:
“Family, Peace and Togetherness”. Left to cherish his loving memories are his beloved wife
Elba Reynoso, his children and their spouses; Eric (Omnia), Jessica (PeeJay) and Samantha
(Aneudy), his seven grandchildren Amani, Eric, Omar, Donovan, Evan, Jessalyn and Jaylah,
former spouse, Millie Hernandez (Javier), his siblings, nephews, nieces, sisters and brothers in
law and a host of many friends.

Share Your Memory of
Ermie
Upload Your Memory View All Memories
Be the first to upload a memory!
Share A Memory
Plant a Tree