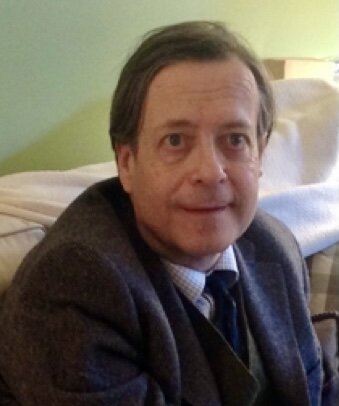 John Connell – For 69 years we have been blessed by the life of John, a devoted man of faith and a loving husband, son, brother, cousin, friend, and all-around good soul. On Thursday evening, Thanksgiving night, after journeying as only he could, it was time for one of God’s stars to return home to be reunited with his beloved father, Jack, mother, Mary (McNamara), brother Jim, little sister Mary, beloved mother-in-law Mary (Corrigan), brother-in-law Brian (Corrigan) and brother-in-law Bruce (Zirpoli), Aunt Rita (McNamara) and Uncle Bob Doyle.

Born and raised in the Bronx John dearly loved his Fordham roots. He was the class of 1970 Fordham Prep and 1974 from Fordham University. He earned a master's degree from Manhattan and began working as a librarian in the Fordham University Library in the 1980’s after earning an MLS from Queens College. From there he moved onto The Yonkers Public Library where he worked until early retirement due to Parkinson’s.

He lived and died a man for others and enriched the lives of all he touched. John embodied all lessons and values of Fordham. Like a book jacket to a book, the Fordham University Church and campus was his anchor. John loved to meet all people and help them in whatever way he could. His gift of listening remains the greatest memory spoken of by his friends. He adored his wife and together they enjoyed the adventures of Montauk, Vermont, and his beloved Ireland. As the disease limited him, together they found ways to create new opportunities to grow in their faith and find the strength to take the last journey together.

Few people can say they have friendships dating back to kindergarten and yet, John held each person he met sacred to his life and journeyed alongside them through good times and bad. Now, the final pieces are in the puzzle and the last scrabble tile has been played. He can rest in peace. Well done good and faithful servant.