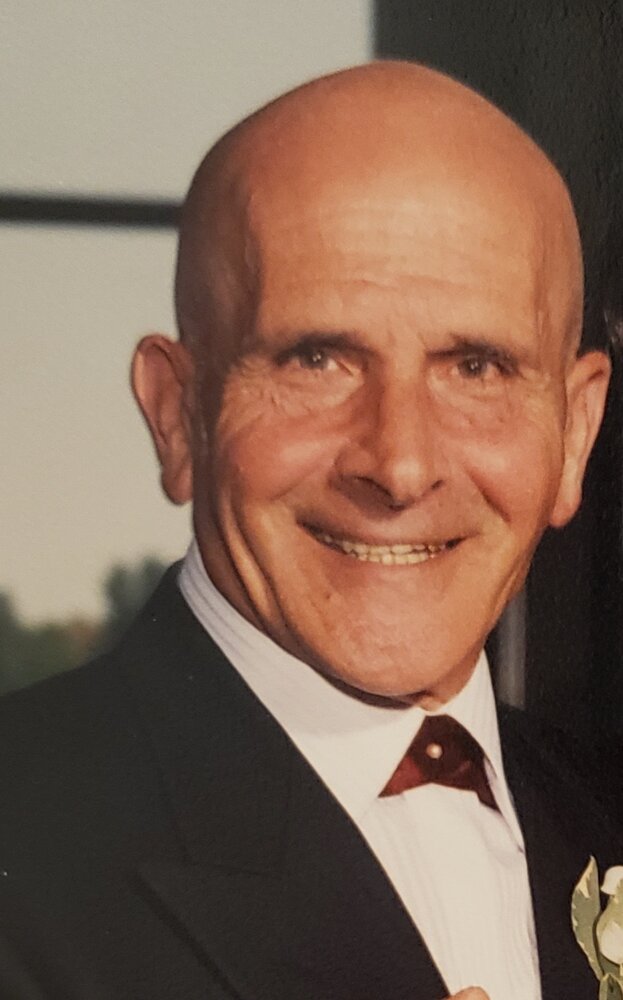 Salvatore Nativo, age 88 died peacefully on January 5th 2022 at 2:21 in the afternoon after a courageous battle with numerous medical complications.

Salvatore was born in Licodia Sicily to Giovanni Spichiale and Paolo Nativo. He learned many trades as he grew into a young man and enjoyed hunting as a part of his pastime. He worked as a shoemaker and was a self taught trumpet player. Later he met his one and only, Giuseppa, who would later become his wife. He then advanced to the 1st chair in the Concerto Musicale Citta Di  Licodia Eubea Orchestra and performed in the Rigoletto. He trained as a barber and later traveled to Switzerland where he trained to be a printer’s apprentice.

He immigrated to the United States in 1970 to make a better life for his family. He found work on Valentine Avenue in the Bronx, where he worked long hours until he was able to save enough and buy his own barber shop. He called it Sal’s Barber Shop. He then moved his family out of an attic apartment into their very own home that he worked two jobs to achieve , a barber by day and a painter night.

Salvatore never stopped living the dream and helped his daughters, grandchildren, and son in laws any way he could. His famous words, “Be strong, never give up, and without unity in a family there is no strength”.

Salvatore is survived by his wife Giuseppa, his daughters Joann, Rita, and Lucia, his four grandchildren Robert, Sal, Rianne, and Christina and his two son-in-laws Bob and Charlie.

Sal had enough energy for you, me and the guy next door. He touched many lives with his generosity, his stories, his jokes, and his lessons on life.

Family, friends, and others whose lives were touched by this special man are invited to attend services at Hodder Farenga Funeral Home, 899 McLean Ave, Yonkers NY 10704.

We are asking instead of flowers if you could make  a donation to St. Jude’s Children’s Hospital in his memory, it would be greatly appreciated. at St. Jude's Children Research Hospital 501 St. Jude Place  Memphis, TN 38105 or www.stjude.org

Share Your Memory of
Salvatore
Upload Your Memory View All Memories
Be the first to upload a memory!
Share A Memory
Plant a Tree