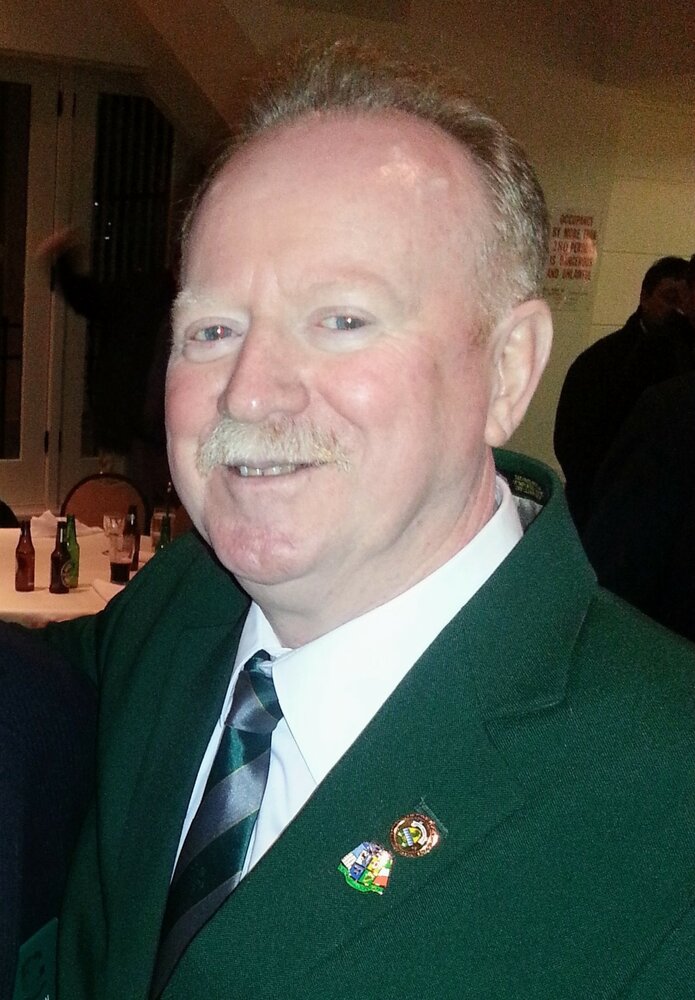 Mike immigrated to America in 1971 with his sister Peggy and brother-in-law Brendan. Through them, he met the love of his life, Rose Horan. Mike and Rose went back to Ireland and married in 1979 in his hometown, Knockanure. They later moved to Co. Clare, where they went on to have their first child, Sean (Alana). Soon after, they moved back to New York, where they went on to have two daughters, Mairead O'Shea and Katrina. Mike was a devoted husband and cherished father. He was happiest with his grandchildren, Trent Leahy and John, Nora and Cailtin O’Shea.

Mike was a Resident Manager at Tracy Towers in Manhattan for 37 years. He was dedicated to his building, where he was beloved by his tenants, staff and board. Mike took great pride in his career and in June 2015, he was featured on the cover of Habitat Magazine for his pristine boiler room. Mike was a member of the New York Building Managers Association and while President, he was awarded “Building Manager of the Year.” He was also one of the founding fathers of the Emerald Guild Society, where he fostered opportunities and advancements among the Irish and Irish American community. One of Mike’s proudest moments was marching up Fifth Avenue in the St. Patrick’s Day Parade as the Emerald Guild Society’s Grand Marshall. While being a member of these associations, Mike built lifelong friendships and lasting memories.

Mike’s greatest joy was going back home to Ireland with his wife and children to visit his sister Maureen, his brothers, sister-in-laws, and many nieces and nephews. He enjoyed golfing, watching sports, and socializing at his local pub with family and friends. You would rarely see Mike without wearing memorabilia from the Pittsburgh Steelers, New York Mets and Islanders, Manchester United or most of all, the County Kerry Football team. Mike was known for his work ethic, love of technology, red hair, and his thick Kerry brogue.

Mike will be greatly missed by his many friends and family, especially his nieces, nephews and cousins. His memory will live on through his wife of 42 years, their children and grandchildren.

Share Your Memory of
Michael
Upload Your Memory View All Memories
Be the first to upload a memory!
Share A Memory
Plant a Tree