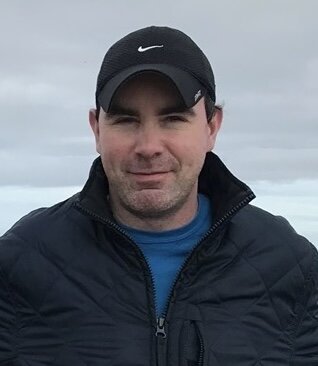 On Friday, June 10, 2022, Glenn S. Lee passed away with his loving wife Sara by his side. Age 45, Glenn passed from a long battle with cancer.

Glenn attended Nanuet High School, Pace Business School and then Columbia University, he graduated with a degree in computer science. After graduation he worked at many prestigious financial institutions in an executive role, including Barclays Capital, JPMorgan Chase, Bear Stearns and most recently with Shonfeld Financial Services. Glenn’s relentless work ethic made him a valuable asset to every firm that he joined.

Glenn received a double lung transplant in 2009 at Columbia University because of cystic fibrosis. As part of the preparation for the transplant, candidates are asked a series of questions, when asked, what is the one thing you want to do after the surgery, without hesitation Glenn said, “walk a golf course”. Glenn loved the game of golf, whenever anyone saw him on a golf course the same comments would always be made, what a beautiful swing he has followed usually by how does he hit the ball so long. The golf course was Glenn’s happy place. In addition to his love of computers and all things related to that, he enjoyed traveling and flying. He flew out of Westchester Airport and enjoyed the freedoms that solo flight provided.

"Find out what makes you kinder, what opens you up and brings out the most loving, generous, and unafraid version of you—and go after those things as if nothing else matters. Because, actually, nothing else does." – Nick Offerman

These words epitomized how Glenn lived his life, may he rest in peace.

In lieu of flowers, donations in Glenn's name may be made to the American Cancer Society.

Share Your Memory of
Glenn
Upload Your Memory View All Memories
Be the first to upload a memory!
Share A Memory
Plant a Tree