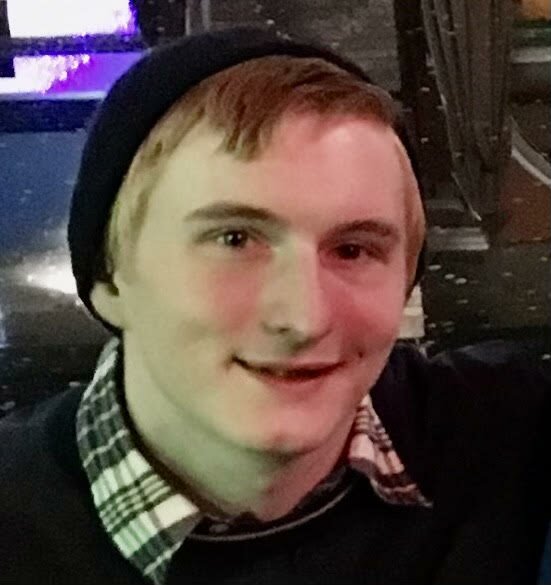 Luke Mechmann was born on May 10th, 1995 in Manhattan at Columbia Presbyterian Hospital. Luke grew up in Yonkers with his two older siblings, Michael and Claire. Luke attended Saint Barnabas Elementary school and then graduated Yonkers Riverdale High School. After high school, Luke attended Westchester Community College where he took classes that would advance him toward his dream of being a substance abuse counselor.

Luke was the baby of the family which allowed him to be carefree and imaginative. As a kid, Luke often liked to entertain his family by running into rooms with his shirt pulled over his head, only his face showing, and announce to everyone he was the “Ninja Munchkin”! Sometimes this occurred with just a towel over his head and nothing underneath.

Luke greatly admired his older sister, Claire, and older brother, Michael. He watched every move they made trying to be just like them. Their shared love of video games, comics, movies, books, and TV shows continued into adulthood. Luke never hesitated to give a deep dive on his thoughts about whatever he was watching or reading, and loved sharing funny and bizarre internet videos with his siblings.

As kids, they would act out scenes from Star Wars, with Michael as a looming Darth Vader (and sometimes C3PO), Claire as Princess Leia (and sometimes R2D2), and Luke as Luke Skywalker of course. If they were in trouble for swinging "lightsabers" in the house, they would try to use the Force to push each other around.  When they weren’t hitting each other with sticks, they could usually be found playing Smash Brothers and Mario Party together in the living room, or out in the backyard making up Calvinball-style games and daring one another to retrieve the ball from the neighbors’ yards.

Growing up in a musically gifted family, Luke and Michael both developed a passion for music.  Though their tastes rarely aligned, they could easily chat about their favorite bands and albums for hours, and they gave each other vinyl records for Christmas and birthdays. Once, on a family road trip, the two boys found themselves in the same car for a long, boring drive; but, after Luke found the aux cord it turned into a crash course on the songs he loved, as he talked Mike through the artists, production, lyrics, and history.  After that, drives together became a chance for each to share more music with the other - including one memorable time when they blasted the latest Daft Punk album at top volume, forgetting all about their poor mother in the back seat.

One of Luke’s greatest role models was his father, Ed. Luke’s birthday and Father’s Day cards always expressed his admiration for how his dad taught him to be a gentleman and what it meant to be a man of honor. Ed’s strong faith inspired Luke’s deep spiritually. He never stopped believing in his higher power.

Luke’s biggest supporter in life was his mother. No matter what the trial was or how much Luke was struggling, his mother never stopped fighting for him. His relationship with her was truly special. Luke knew he could confide in her and tell her anything. They shared a special relationship and love of baking. Luke possessed the same talent for creating incredible sweets and his signature baked mac & cheese that he loved to share with his family, just like his mom.

One of Luke’s most praiseworthy characteristics was his innate desire to help others. Luke spent every summer of his life, from the time he was 6 weeks old, in the Appalachian Mountains of WV. He served others by building and repairing homes, running camps for kids his age, and providing compassion to so many people who needed it. He did this alongside his family and his Nana and Grandpa.

Luke was the youngest cousin of 11 but that never stopped him from being the one with the highest energy, the most to say, and never afraid to use up all the salt at Thanksgiving.

Luke struggled with a demon that had its grips dug deep into his life but he never gave up fighting to rise above it. Not many people understand what addiction can do to a human being. It can change your outlook on life and the people around you. But Luke never gave up on trying to get better for himself, family, and friends.

With his grandmother’s passing in June 2022, we know that she was there to grab his hand and guide him to the place where they will wait to be joined by all of his family and friends.

Luke’s family requests that, in lieu of flowers, a donation be made in his name to PV Volunteers,  Their address is PV Volunteers, P.O. Box 295, Pineville, West Virginia 24874, or you can use the following link: https://pvprogram.org/wp/support-us/

Share Your Memory of
Luke
Upload Your Memory View All Memories
Be the first to upload a memory!
Share A Memory
Plant a Tree