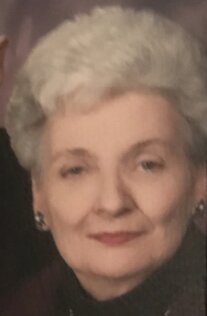 Please share a memory of Ellen to include in a keepsake book for family and friends.
View Tribute Book

Ellen was born on July 31, 1939, in the Bronx, the first born of Richard and Ellen Donovan. She was a graduate of St. Joseph's Elementary School and in 1957 she graduated from Aquinas High School, both in the Bronx. After graduation she worked as a secretary at Columbia Presbyterian Medical Center in New York City.

In April 1959, she married Edmund Morrison in the Bronx. They had two sons, Edmund and Kevin. Her husband died in 1961.

Ellen was a loving caring mother, grandmother, great-grandmother, big sister, aunt and greataunt, who overcame adversity as a young widow and perservered. She was an example of strength and faith to her family and all who knew her.

Ellen is survived by her sons, Edmund and Kevin Morrison of New Windsor, N.Y. and C.J O'Neil of Wappingers Falls, N.Y,; her grandchildren, Janine, Sean, Michael, Thomas, Nicholas, Ryan and Charlotte; her great grandchildren, June, Luke and Cole, her brother Dan (Kathy), of Toms River, N.J. her sister-in-law, Betty Donovan of the Bronx, and many nieces and nephews. She was predeceased by her brother Richard Donovan, Jr. and daughter-in-law, Nancy.

In lieu of flowers, donations to the “Ellen O’Neil, Football program” https://650cardinalhayes.org/, would be greatly appreciated by the family.

Interment to follow in Gate of Heaven Cemetery, Hawthorne, NY

Share Your Memory of
Ellen
Upload Your Memory View All Memories
Be the first to upload a memory!
Share A Memory
Plant a Tree