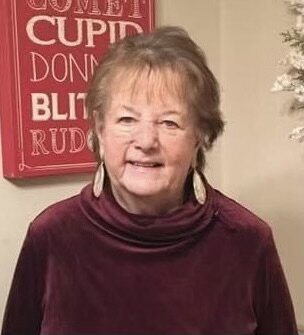 Please share a memory of Agnes to include in a keepsake book for family and friends.
View Tribute Book

On the afternoon of December 03, 2022, lifelong Bronx resident Agnes Louise Palmer (nee Peterson) died at Calvary Hospital at the age of 92. Agnes was born to Carl Elmer Fritzhoff and Frances Peterson on June 27, 1930, at Lincoln Hospital (Bronx, NY). She was the youngest of six children and their only daughter. On January 20, 1951, she married Orio Alanson Palmer, and together raised six children in the Bronx.

Agnes was a shining example of how to overcome adversity and always be there to help others. She was a homemaker while her children were young. At the age of 52 Agnes enrolled in Misericordia Nursing School where she earned her Registered Nurse License– all while continuing to raise her children and performing the duties of a Superintendent of a Bronx apartment building. She retired from the nursing profession ten years later. After her son Orio (FDNY Battalion Chief) was killed during the terrorist attacks at the World Trade Center on 9/11 she volunteered her nursing skills to help with the emergency response. In her later years she took art classes and that became a passion of hers while she drew portraits of FDNY firefighters killed on 9/11 that she gave to the families. That helped her cope with the grief of losing her son, Orio. Her ever-pleasant countenance was on display until the very end, with caretakers commenting on how often she would thank them for their help even when it became difficult to speak. There are so many words that come to mind when describing Agnes. She was kind, resilient, patient, wise, tolerant, loving, thoughtful, caring, tough, and a calming and reassuring presence under challenging conditions. Agnes was simply the best mother a person could wish for. She will be missed by her family and the entire Bronx neighborhood that came to love and respect her.

Share Your Memory of
Agnes
Upload Your Memory View All Memories
Be the first to upload a memory!
Share A Memory
Plant a Tree