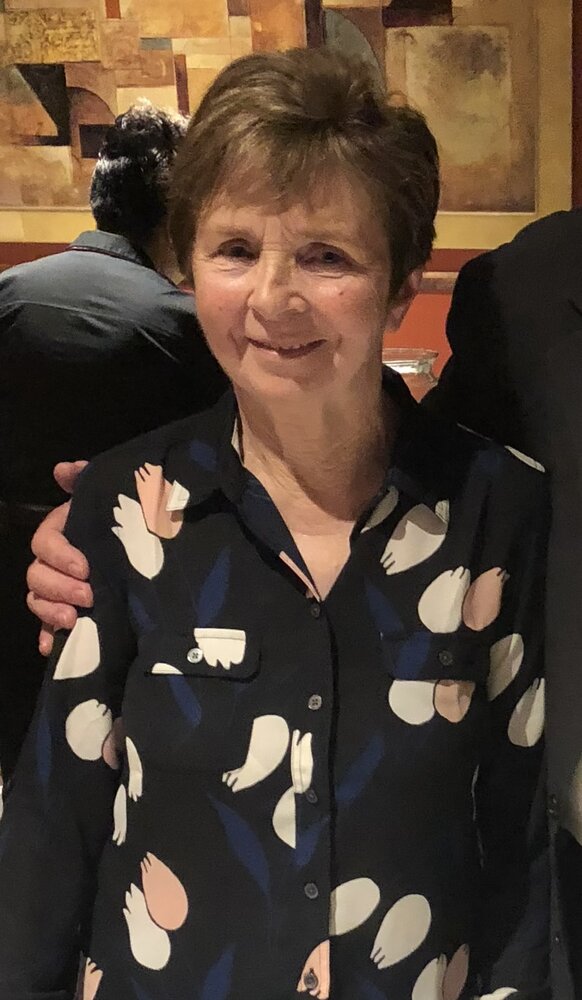 Please share a memory of Margaret to include in a keepsake book for family and friends.
View Tribute Book

Margaret Theresa Foley passed away peacefully on December 10, 2022.  She is survived by her husband of fifty-four years, Patrick, her three children, James, Michael, and Deirdre, her daughters-in-law Ann and Trish, her son-in-law Rob, and her five grandchildren: Molly, Jack, Sienna, Maggie and Davis.

She is originally from County Kerry, Ireland. She moved to New York as a young woman where she met Patrick and they had two sons.  Just a few years later they returned to Ireland to raise their children close to her family near where Margaret had grown up.  Deirdre was born while the family was in Ireland, and in 1988 they moved their family back to New York where they have lived since.

She will be dearly missed by her family both in New York and in Ireland, including her four sisters, her brother, and  her many nieces and nephews. We will remember her always as the loving, kind, and thoughtful person that she was.